How Bob Flora pieced together his 660,000-player jigsaw puzzle business

Bob Flora is a software engineer turned entrepreneur. He is CEO of Jigsaw Explorer, a digital gaming company specializing in jigsaw puzzles.

North Carolina local Bob Flora started his digital jigsaw puzzle business in 2001, as an escape from the corporate world where he worked as a software engineer. “I wanted my own software business,” he says, “and I chose digital jigsaw puzzles as a product after seeing my young nieces playing them on a computer. I realized there was a need for a better quality jigsaw puzzle program and thought building it would be a fun development challenge. I also recognized that jigsaw puzzles represent a large market that could be tapped by successfully attracting search traffic from Google Search.”

What started as a PC game program with only modest success eventually began to pivot to a web-based program in 2009. But as the new website grew, Bob struggled to find a way to earn money from the endeavor. “Originally, I planned to offer paid-premium puzzles in addition to the free puzzles,” he recalls. “But fully implementing a paywall and a paid tier of premium puzzles would take a lot of time, which would leave the website without revenue in the meantime. So I decided to try ads to create a revenue stream over the short term.” 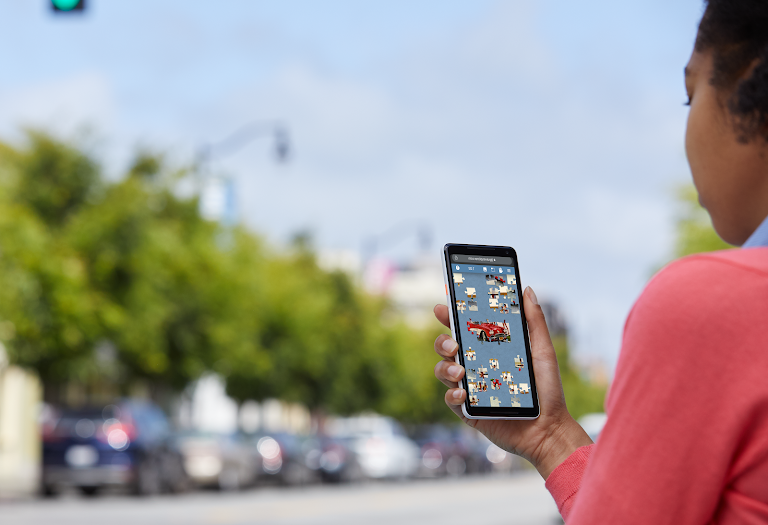 To get this done, he partnered with AdThrive, a Google Certified Publishing Partner, and quickly saw success, experiencing 170% growth from 2018 to 2020 with his new ad revenue stream. “Ads have been great for my business,” he says “Even with a relatively light ad layout, the ads generated far more revenue than I’d anticipated. And keeping content free greatly enhances my ability to scale traffic via word-of-mouth advertising.” A premium paid tier might generate more revenue over the short term, he explains, but over the long term, “an ad-based revenue model can lead to greater scale.”

Ads have been great for my business. And keeping content free greatly enhances my ability to scale traffic via word-of-mouth advertising.

Outside of the revenue generated by ads, Bob gained valuable time to focus on Jigsaw Explorer’s content. “Rather than focusing on building a paywall and a premium content tier,” he says, “I devoted that time to creating new features and content which helped popularize the site more quickly. I’ve added multiplayer functionality on the site that allows people to assemble puzzles with friends and family. And I’ve added the ability for users to create custom jigsaw puzzles based on their own photographs, which they can share or embed on a website.”

With restaurants and entertainment venues closed during the pandemic, people flocked to online gaming sites like Jigsaw Explorer. “I had a 60% increase in traffic early on in the pandemic,” Bob recalls, “and I received a lot of emails from people thanking me for the puzzles. Many of the emails were from seniors, people who were sick, and others who couldn’t leave their house. Sometimes it’s easy to think my website is not particularly important, but when I receive those emails, it reminds me that Jigsaw Explorer is making a contribution by helping make many people’s lives a little brighter.”